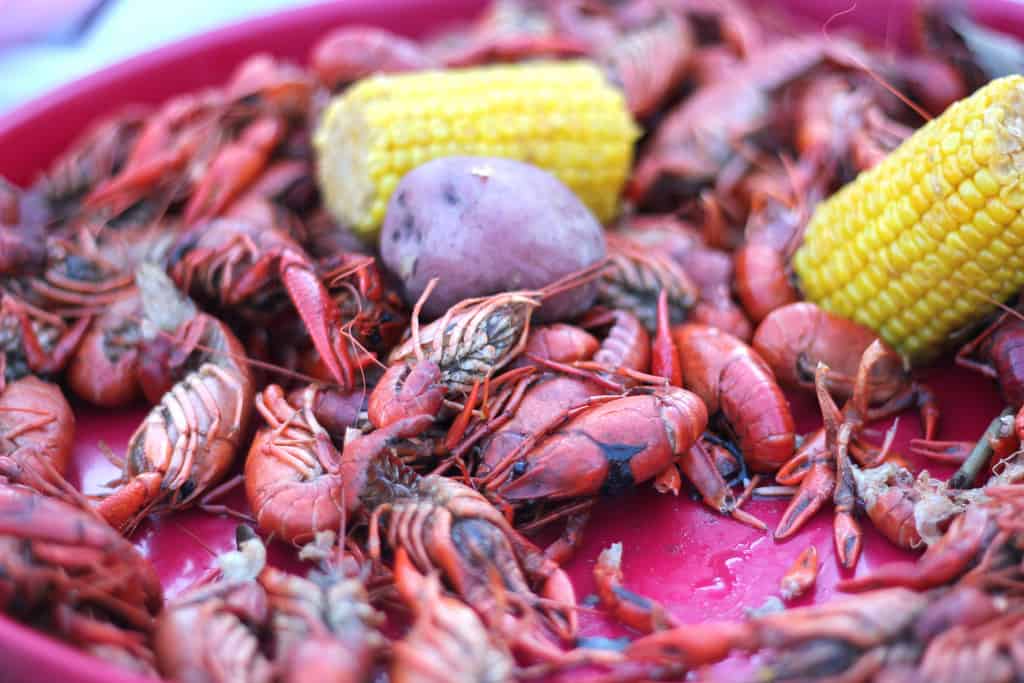 If you are on the lookout for Best New Orleans Foods, this guide won’t disappoint. New Orleans is one of my favorite destinations to visit, eat, drink and have a fabulous time. And when I say fabulous time, I mean better than Las Vegas.

Tennessee Williams famously wrote, “America has only three cities: New York, San Francisco, and New Orleans. Everywhere else is Cleveland.” While I can’t completely agree – I use any and every excuse to defend my beloved Chicago – I am unequivocally in love with New Orleans.

In my 7 years of American existence, I have visited New Orleans almost half a dozen times. There is something magical about the city – a compelling historic vibe, a relaxed atmosphere, and a gorgeous, to-die-for cuisine. Well you knew that was coming, didn’t you? I am a big sucker for good food and the Big Easy doesn’t disappoint.

Before we drool and sigh over these best New Orleans foods, I feel obliged to tell you a little bit about New Orleans culinary history. The city’s cuisine is influenced by the Cajuns and the Creoles (yes they are two vastly different ethnic groups). Soul food or the African American cuisine of the Southern US has also contributed significantly to the list of Best New Orleans foods.

Seafood, due to the proximity of the Gulf Coast, is an easily available resource and has shaped the food in a myriad of ways. I have a souvenir magnet from NOLA, which says the 4 seafood seasons of Louisiana are a crab, crawfish, oyster, and shrimp. Now that’s a state of my own heart. If you have vegans in your party, check out our guide to vegan restaurants in the French Quarter. Here’s what to eat while in the city:

If are visiting New Orleans, this is your first stop. Beignets and Café au lait at Café Du Monde is a New Orleans rite of passage. Beignets are like doughnuts sprinkled with powdered sugar. This creole food has been around since the 18th century and Café Du Monde is here to satisfy your cravings at any time of the day. (Hint – open 24/7) An order consists of 3 beignets and they are bets accompanied by Café au lait –a coffee and chicory drink. Now Café Au Lait is great in all forms but the frozen Café Au Lait is absolutely the best – frozen, not cold. Cafe Du Monde is popular with people of all ages including children. (Pssst, are you going to New Orleans with family? Check out guide to things to do in New Orleans with teenager)

Oysters in New Orleans are fresh from the Gulf coast, cooked in 10 different ways, and extremely delicious. I have tried oysters at many New Orleans institutions but I love the ones at Acme Oyster House. While chargrilled oysters are my personal favorites; Oysters Rockefeller and Oyster Bienville are what New Orleans is famous for. In my opinion, you should just try them all.

There are many types of gumbos but the seafood version is the best. This Creole dish is a stew with strong broth, a medley of vegetables including okra, onions, celery and bell peppers and your choice of seafood or other meat served over rice. This dish is intrinsically NOLA and among the city’s famous foods.

Jambalaya is a spicy rice dish made with chicken, seafood or sausages.

Louisiana has a rich connection with the crawfish, the state’s official crustacean. Crawfish boils are a great gastronomic tradition and boils take place in backyards with family and friends. Crawfish aren’t seafood but freshwater miniatures of the lobster. In this signature dish, they are boiled along with potatoes, onions, corn, and other seafood in water flavored with Cajun seasoning.

Etouffee means smothered. The crawfish etouffee has chunky, tender crawfish pieces smothered in a thick stew and served over rice. Other popular etouffees including shrimp, lobster, and other meats. This is an easy dish to make at home when you have vegetables and seafood on hand.

Po’ Boy stands for the poor boy as in the poor boy’s sandwich. The Po’ Boy originated during the time of the Great Depression for striking streetcar workers. Po- Boy bread is crispy and has a hard crust while its inside is super soft. They come in many varieties – shrimp, oysters, crawfish, crab, catfish, roast beef gravy – and all are delicious!

As you walk along the streets of the French Quarter, you will see a small sign on a non-descript door ‘Home to the original Muffaletta’. Congrats, you have discovered Central Grocery in French Quarter. Now you should walk in and order the Muffaletta, a huge Creole-Italian sandwich. The bread in this sandwich is muffuletta bread – a large (10-inch), flat, slightly crusty bread. It is stuffed with meats, pickled vegetables, and cheese. This sandwich is best when shared.

One of my favorite foods.. a bowl of this is like comfort food, especially in winter!

Pralines are made from caramelized sugar and nuts. Differently flavored pralines include pecan pralines, almond pralines, coconut and even chocolate. These are traditionally always included among Best New Orleans food, however, I found them too sweet to eat. I mean C and I couldn’t finish one box (had to throw it away) and we are the kind of people who order 750 Lindt truffles because there’s a Thanksgiving sale.

If you are attending Mardi Gras celebrations in New Orleans and you totally should – then you have to eat some King Cake. New Orleans King Cake is a sweet pastry decorated in Mardi Gras colors. It is sold in bakeries, eateries, groceries, and delis from Jan 6th to Mardi Gras day.

I know, this post is about the best New Orleans foods. However, no New Orleans culinary travel article can be complete without the three drinks that New Orleans is most famous for Hurricane, Sazerac, and the Hand Grenade!