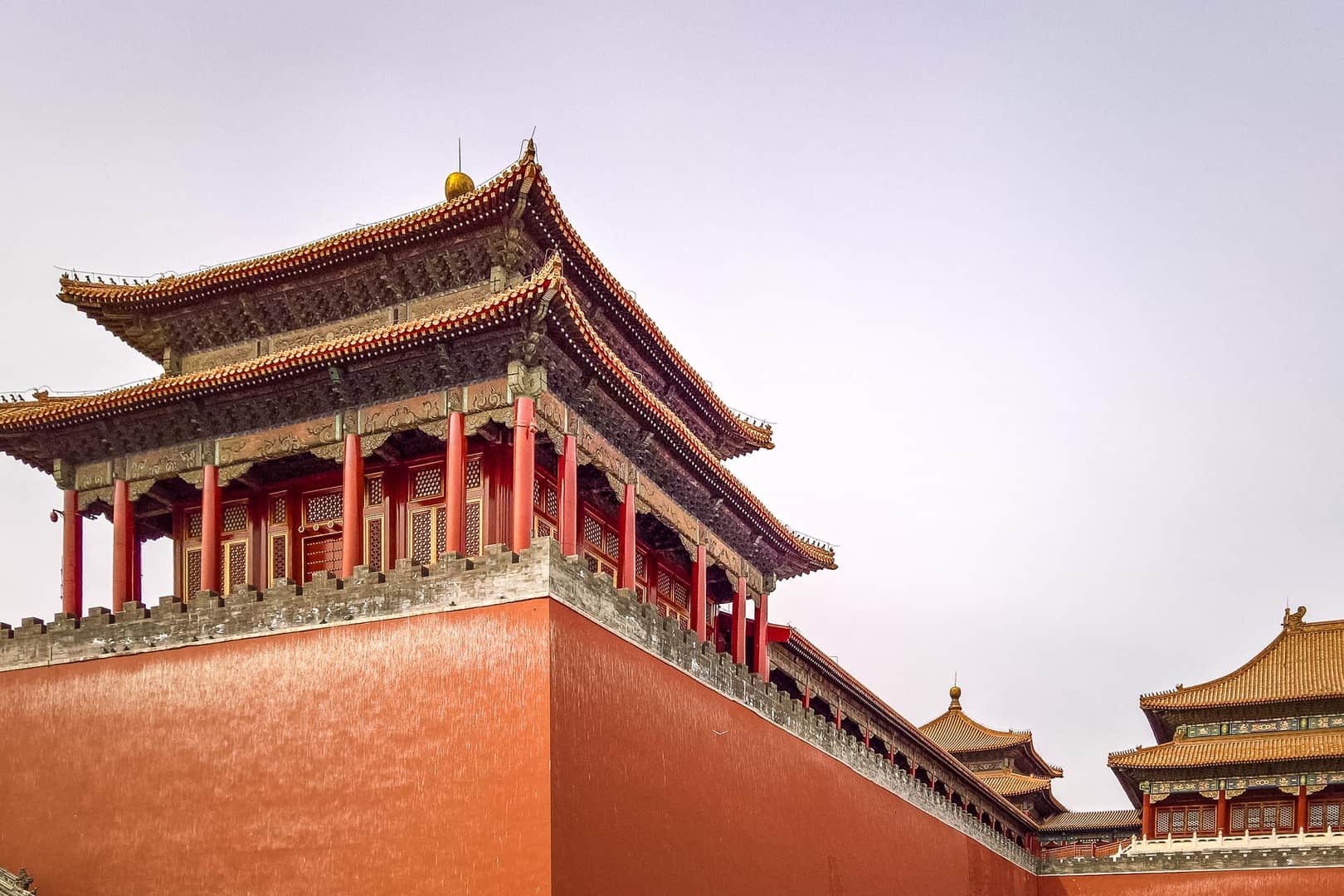 While I visited China on a layover in Beijing, the city just stole my heart. I have been long fascinated by Beijing, from the time its name was more popular as Peking. In my native language China is called ‘चीन’ and when I was a kid my grandfather, who served in the Indian army, narrated many stories about the Chinese culture and Peking. Even today, चीन sounds more exotic to me than China. My main reason for the fascination with  Beijing was its beautiful architecture and the many walls, temples, and palaces – the entry to which was forbidden for commoners. Luckily, things have changed a lot since then and today, most of Beijing’s ancient monuments are preserved as UNESCO World Heritage Sites. Beijing has a total of 7 UNESCO World Heritage Sites and is much better represented than other cities.

Here is a guide to visiting all of Beijing’s UNESCO World Heritage Sites:

Reason for designation – Masterpiece because of its size and perfection of construction, perfect example of architecture integrated into landscape, testament to exemplary masonry of Ming period and the civilizations of ancient China, shows advances in defense techniques, incomparable symbolic significance in the history of China

Reason for designation – masterpieces of imperial palatial architecture in China, testament to significance of Ming and Qing dynasties, evidence of living traditions and customs followed by Manchu people, evidence of evolution of Chinese architecture

Originally built as the Imperial Palace and residence for the emperors of the Ming and Qing Dynasty, the Forbidden City got its name because no one could enter it without the Emperor’s express permission. The Palace Complex today is converted into a museum and partially opened to public for viewing. The Forbidden City is an excellent example of Chinese Imperial architecture and has wowed visitors by its magnificence since centuries.

Reason for designation – masterpiece of architecture and landscape design, extremely influential on the architecture and planning in East Asia for centuries, explaining role of feudal dynasties in China, evidence of Chinese beliefs about relation between heaven and earth

Temple of Heaven is not a single temple as the name suggests but a vast complex of different temples spread over an area of 2,700,000 square meters. The Temple complex is set in gardens and surrounded by pine woods. Its overall layout symbolizes the ancient Chinese beliefs of harmony and relation between earth and heaven. The Temple of Heaven is the largest of ancient sacrificial buildings in China and also the most well-preserved one.

Reason for designation – outstanding expression of Chinese landscape garden design, example of philosophy behind Chinese garden design, represents power and might of the ancient Chinese civilizations

Beijing’s Summer Palace, located 9 miles from downtown, is a beautifully landscaped imperial garden in China. The palace was constructed as a royal garden for the emperors and royal family to rest and enjoy the surroundings. It was later used as the summer residence of the royal family. Its landscape design is extremely beautiful with lakes, temples, palaces, bridges, and stone figures for decorative purposes.

The Ming Tombs are actually a collection of Thirteen Mausoleums built for the emperors of the Ming dynasty. The tombs, located in Northwest Beijing, are laid out and built according to ancient Feng Shui principles and are in great harmony with nature. The tombs are elaborate mausoleums with wide approach ways, courtyards, and palaces. They also have a number of gates, pavilions, ornamental columns, and carved stone figurines for decoration. The Ming Tombs are important as they shed light on the Chinese concepts of union with heaven post death and are crucial to understanding the Chinese culture. Currently three of the thirteen tombs are open to public for viewing.

THE PEKING MAN SITE AT ZHOUKOUDIAN

Zhoukoudian, a cave system in suburban Beijing, has been the site of many significant archaeological discoveries. The most popular among them has been the findings of Homo Erectus or the Peking Man, unearthed in the 1920s. The caves have yielded over 200 fossilized human remains and their discovery has been significant in understanding human evolution. The sites have also yielded stoneware, stone and bone tools and implements, bone needles, ornaments and necklaces, and animal bones. Scientific excavation at Zhoukoudian continues up to this day.

Reason for designation – masterpiece of ancient hydraulic engineering, demonstrates technical capabilities of agriculture based Central Asia, is witness to cultural traditions of canal management, is longest and oldest canal in history

The Grand Canal is a vast artificial waterway system starting from Beijing and running south to end at the South China Sea. The total length of the Grand Canal is 1776 kms. Construction of the Grand Canal began in early 5th century BC and was the world’s largest civil engineering project at its time. It served as the major transportation and communication system for the Chinese Empire. Relatively unknown and less visited among Beijing’s vast collection of UNESCO Sites, this site is must for travelers who like taking the off beaten path. Travelers to Beijing can visit the Beijing-Hangzhou Section of the Grand Canal and cruise along the waterway to see the traditional buildings built along the canal. The best place in Beijing is the Grand Canal Forest Park; here wooden boats take visitors on a cruise of the Grand Canal.